For these young champs, it’s never too early to start learning fire safety, and it was an opportunity not to be missed as they have never met a firefighter before let alone see one.

To get them all fired up for an exciting day, the firefighters led our little champs in singing the National Anthem and saying the pledge. 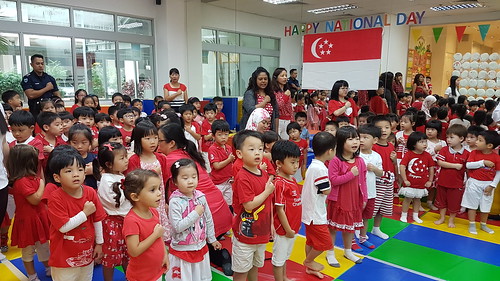 Preschoolers are not always aware of the consequences of their actions and teaching them general fire safely and specific fire safety can keep them safe. The little champs were taught the simple fire safety technique known as the stop, drop and roll. This involves three steps a fire victim should follow to minimize injury in the event their clothing catches fire.

The effectiveness of stop, drop and roll was further enhanced by combining it with other firefighting technique including the handling of a water hose. The firefighters gave a demonstration on how to handle a water hose, and they gave the little ones got a chance to get a feel of holding a fire hose.

As time is of the essence in an emergency situation, the firefighters showed the little champs how fast it took to put on their fireman uniforms –  it’s 20seconds by the way from the time the fire alarm sounds. Never too shy, the champs gamely tried on the fireman uniform themselves, which you would have guessed was a little too big for our tiny champs. 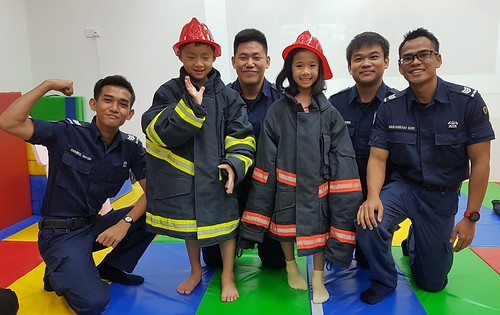 Even the teachers were roped in to participate, as they were timed in how fast it took them to put on a firefighter uniform. 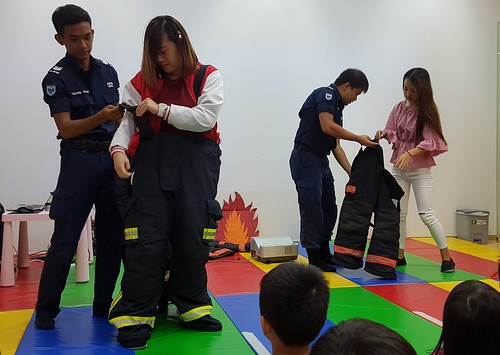 The firefighters also put up a skit engaging the little champs along the way. The skit was on how they approach the fighting fire. The champs were learning fighting fire in a fun and engaging way without terrifying them as these are important life-skills. 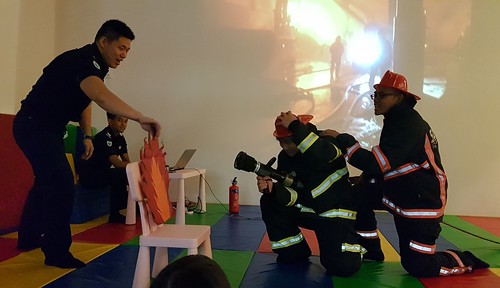 At the end of the event, the firefighters were presented with a token of appreciation from the grateful staff of MindChamps @ Bedok, on top of a specially drawn picture from their talented K2 student. 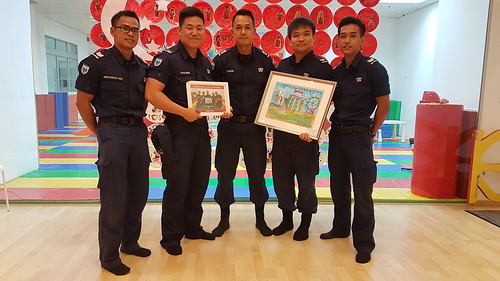 As part of the National day celebrations, the little champs created a beautiful wall art to form the Singapore flag in their school’s gym wall. Each champ wrote a message of what their hopes were for Singapore and what they feel about Singapore. Needless to say, some of the messages were touching and meaningful. 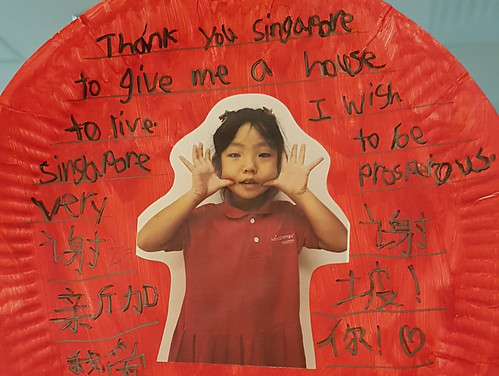 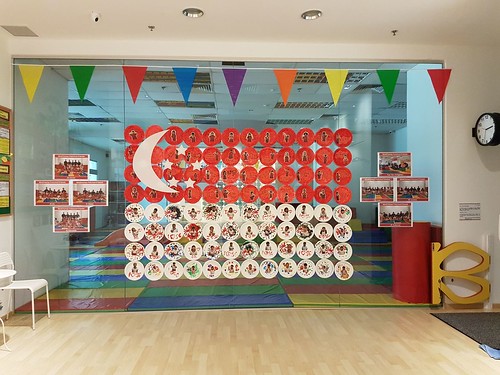 Thanks to Tuas View Fire Station for giving us the opportunity to spend time with you and Happy National Day, Singapore! 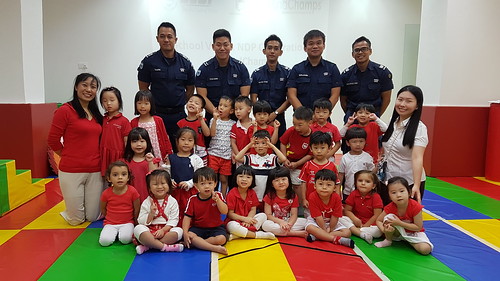 previous
My 5-Year-Old Kid Still Can’t Read. Should I Sign Him Up For a Reading Programme?
next
Dr William Tan takes on the Australian outback in a wheelchair to raise funds for charity